I met James Townley at the ECS Season 3 Finals in June 2017 and soon became aware he had taken bookings for teams and organisations at the Elite Series. So, when trying to think of people who I could contact about the “To Gfinity and Beyond” blog series, I knew James would be an ideal candidate. James is an esports photographer and has even branched out recently into videography, where he is working with two major esports casters who commentate on FIFA 18 matches at the Elite Series. As James has direct experience of working at the Elite Series, I felt it was essential to get in contact with him. We arranged to meet at Insomnia 62 where we had a chat about why he feels Gfinity’s Elite Series is an integral part of the UK esports scene.

I was curious to find out more about how the scene has changed over time, so I asked James, “As the scene is maturing and becoming more professional with higher production value and better treatment of players, do you see that same level of professionalism and care being offered to those such as yourself?” James response indicated that things had changed for the better, “Yes I do. Before I started esports photography the care that we got was not a lot, we might get say just food and drink for the day but now it’s shifted into like hotel, travel, food, drink, and all expenses. So, we are almost being fully funded to an event and then you get paid on top of that.” Following on from this, James added, “but if you want to be treated like that you have to hold yourself to that level”. James went on to explain, “If we do something bad, we get punished and if we try and push past the limit, you’ll get punished, you’ll get your pass taken away from you.” He then went on to summarise his answer by stating, “With the professionalism side you are being treated with care however there is a huge side of responsibility that comes with it.” 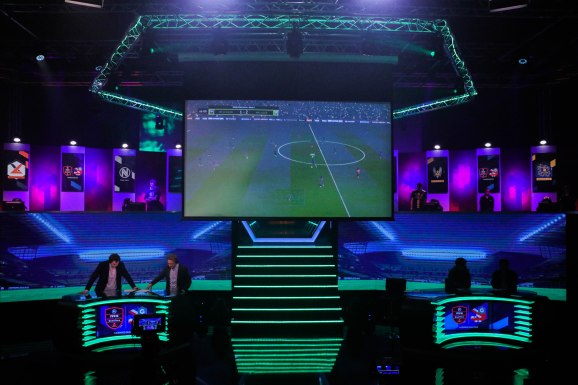 By the point at which I conducted the interview with James, I had spent enough time at both Gfinity and Insomnia 62 to get a good feel of the atmosphere at both events first-hand, so I asked him, “How, if at all, does taking bookings and photos at Gfinity compare to Insomnia?” James responded by saying, “Lighting is nowhere near as good [at Insomnia] but it’s because the open bracket at Insomnia is not a professional stage whereas the Gfinity is a professional stage”. He then explained further, “Gfinity allows me to gain experience in an actual main stage setting.” Although James can see the benefits of this setting, he is also keen to develop his skills, “I’d much prefer just to shoot Gfinity but if I wanted a range of lighting and to test my skills in settings then it would have to be Insomnia.”

The last request I made of James during our interview was for him to describe to me why, if at all, the Gfinity Elite Series is an integral part of the UK esports scene?  James couldn’t be clearer, “It’s the central hub. It’s been known for years for hosting Call of Duty events, Streetfighter, now Rocket League, now FIFA, CSGO events and things like that and you always see it.” He then added, “It’s like going back to the first question, it’s the middle platform of progression [between grassroots and] going up to the worldwide professional tournaments”. Concluding the interview, James expressed how “They will give you exposure and they will credit you, where credit is due”, so by, “attending a Gfinity event you can only gain wins unless you’re not professional, so it all comes full circle.”

Many thanks to James for agreeing to be interviewed as part of my “To Gfinity and Beyond” blog series, and for providing the photo accompanying this post.

More about James can be found at:

I'm Jamie Wootton and I am a huge esports fan! Currently part of Gfinity's events team, I regularly travel to London to help support the events that Gfinity organise and operate. I also write articles, conduct interviews and attend events on behalf of Esports-News UK. In September, I will be joining the BA (Hons) Esports Business and Event Management course at Staffordshire University's Digital Institute in London. I hope you'll join me on my journey as I try to learn more about the wider esports space. If you have something to add to what I've published on my blog, or wish to get in contact with me, please complete the contact form. View all posts by Jamie Wootton